Back in the US, Mark Blumenthal the founder of the Texas-based American Botancial Council, lamented the ongoing prevalence of the traditional disease-drug model in the medical system there. “Medical and pharmacy groups, theoretically, should be educating about the potential benefits of dietary supplements, but, predictably, much of the mind-set in these areas are still focused on conventional drug pharmacotherapy and not the increasingly promising herb and dietary supplement options”. According to the World Health Organisation (WHO), diabetes affects over 220 million people globally and the consequences of high blood sugar kill 3.4 million every year. If such statistics weren’t scary enough, the who is predicting deaths to double until 2030. The total costs associated with the condition in the US alone are thought to be as much as $174 billion, with $116 billion being direct costs from medication, according to American Diabetes Association figures.
Email ThisBlogThis!Share to TwitterShare to FacebookShare to Pinterest 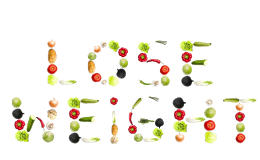